The Lion Who Forgets He's A Lion 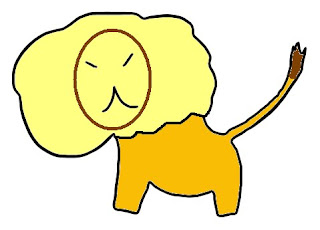 One day, a ferocious lion named Leo had a terrible dream. The dream was so long and vivid that Leo thought it was his real life. It felt like a lifetime that he was in that dream. There was something wrong about it, though. Instead of Leo being a lion, he was an innocent little sheep. 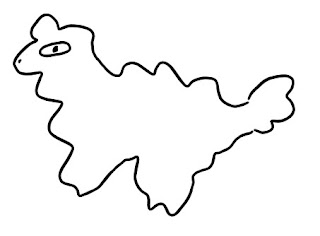 Actually, that little sheep looked like Muffin, one friendly sheep in the midst of a large flock of sheep. And stranger still, Muffin was also having a very long and vivid dream, but instead of being a sheep, she was actually a ferocious lion, similar to Leo.

When both of them finally woke up from their dreams, they had completely forgotten who there were. Both thought they were actually something completely different from who they really were. Leo thought he was a lamb and Muffin thought she was a lion.

If you don't realize the disaster of such a situation yet, you soon will. Leo immediately started walking around the great plains as an innocent and harmless lamb. At first, all the smaller animals were just as frightened of him as before, but over time, everything changed.

All the smaller animals slowly caught on, one by one realizing that Leo wasn't the ferocious lion he once was. He was only eating grass and was getting smaller and weaker. All it took was one animal to challenge him to give the rest of the animal kingdom confidence. It was such a small and pathetic weasel that made the first challenge. 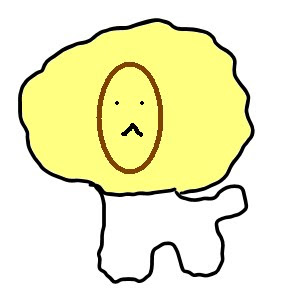 That weasel was still scared of Leo, but it put on a show, getting in his way and poking and prodding him. Then it started making fun of Leo, riding him like a horse and posing in his mane. The animals laughed and mocked, marking that weasel as the bravest animal in all the kingdom.

Of course that couldn't have been farther from the truth, but Leo didn't answer a word to all those accusations. And so, Leo was trampled upon daily and became the lowest animal on the food chain. It wasn't long after that before Leo started resembling a lamb so much that many animals forgot he was even a lion after all. He lived on the portions of grass that were leftover and was frightened of even the smallest insects. 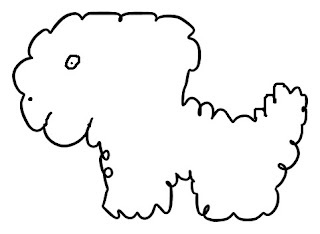 Now you have to understand this is not at all what happened to Muffin. When Muffin woke up from her dream and saw all the lambs all around her, she thought she was the luckiest lion in the whole kingdom. She couldn't have been hungrier than she was at that moment and all she saw all around her was her next meal.

She might not have had the teeth and claws a lion did, but she still pounced upon those lambs regardless. She knocked them around and pushed them over. In fact, she disrupted the whole order. All peace was instantly gone, but because the attack was coming from Muffin and not a lion, the whole flock was confused and continued staying in that constant distress of disorder.

Muffin couldn't just pick one lamb off and have a meal. She kept knocking every sheep around, desperate to feed and yet lacking the capability to do so. Therefore, the whole order was lost and the flock lived in constant disorder until they got a new visitor.

Leo followed the green grass until he found a big pasture, and along with it, a flock of sheep. Leo was so excited. Finally he could be with his own kind, but as soon as he drew close, all those sheep scattered for fear of the lion. There was only one sheep who held her ground.

Muffin stared at Leo like he was family and Leo stared at Muffin in like manner. Muffin kept trying to lead them somewhere to hunt while Leo kept trying to eat more grass. They kept this up for a while, always expecting something from the other that the other had no intention of doing.

This happened for so long that they both got tired of the same effort without any results and they both fell asleep. Both dreamed they were who they were before they had forgotten who they were. They dreamed about the animals they really were, the ones they were supposed to be. When they awoke this time, all the lies about who they thought they were disappeared and they understood the truth.

Muffin knew she was a harmless lamb, acting inappropriately and causing such disorder among the whole flock that she was left alone. Leo knew he was a ferocious lion, forgoing his natural instincts and becoming a weak shell of his former self. When each one looked at the other in that moment, everything changed.

They were just laying next to each other, having just woken up, and various thoughts went through their minds. Leo thought he should eat the lamb, but she was just laying so close to him, so peacefully, that he couldn't dare do it. Instead, he felt a great desire to protect her, even if it meant giving his life for her.

Muffin felt she needed to run away or else she would be eaten, but she just stared at the lion instead. She saw the ferociousness in him, but she knew if he was going to eat her, he would have done it already. Besides, there was no way to outrun him anyways, and so they just lay together like that, side by side.

And so it was spoken about by the prophet Isaiah:

Isaiah 11:6 The wolf shall dwell with the lamb, and the leopard shall lie down with the young goat, and the calf and the lion and the fattened calf together; and a little child shall lead them.

Email ThisBlogThis!Share to TwitterShare to FacebookShare to Pinterest
Labels: Poems