1) Place two decks next to each other.

2) In turn, each player places one card on the game board.

4) Flip over the cards that form 1 point and play one more card on the game board.

5) If you guess the last card played by your opponent, you can cover it with your own card. 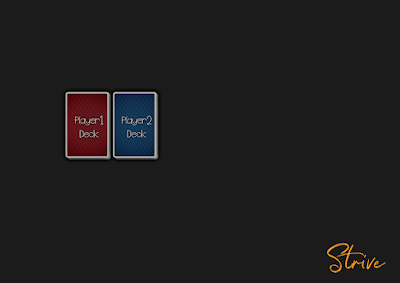 Player 2 can play their first card above, next to or below their deck. 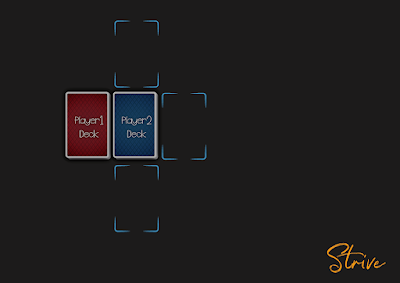 Keep playing cards until you score a point. Player 2 made a farm! 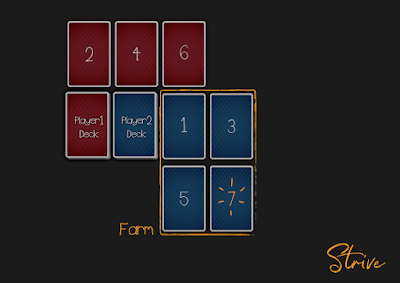 Player 2 gets 1 point. Flip over the farm cards and play 1 more card. 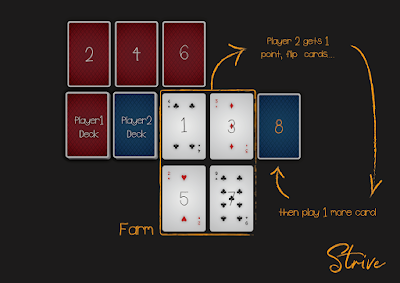 Player 1 made a soldier! 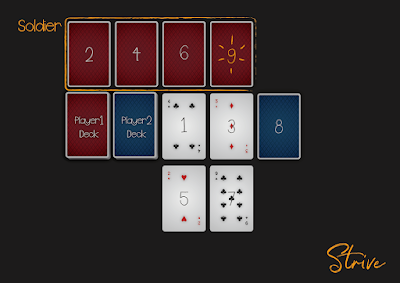 Player 1 gets 1 point. Flip over the soldier cards and play one more card. 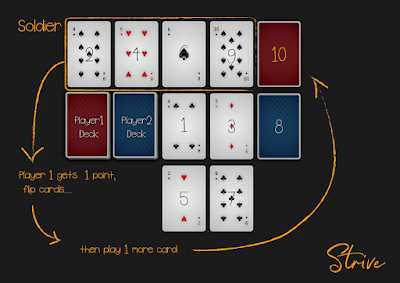 Player 1 made an athlete! 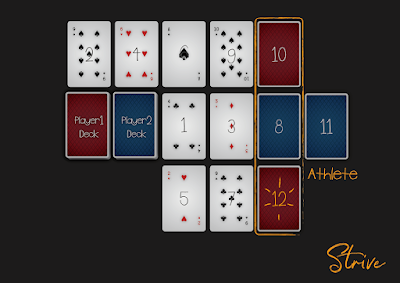 That's 1 more point for player 1! Flip over the athlete cards and play one more card. 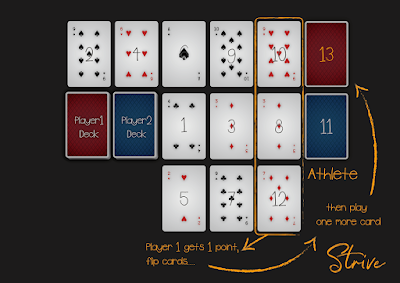 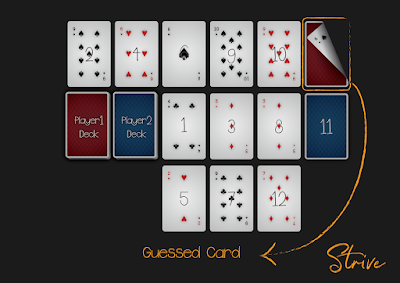 And he guessed correctly! Now Player 2 plays a card on top of player 1's card. 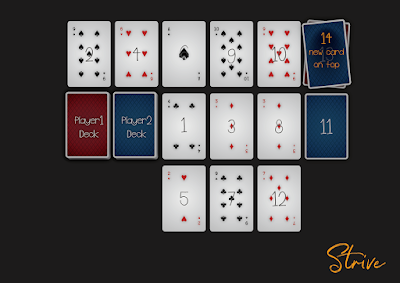 Now you know how to play.

Grab a friend and give it a try!