Organ Attack Adapted for the Classroom 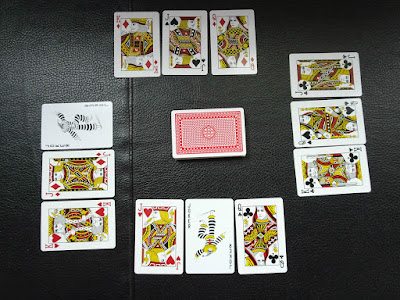 1) Separate all the Jacks, Queens, Kings and Jokers and pass them out face up.
* Make sure each player has the same number of cards; discard any extras.

2) From the deck, pass out 4 cards to each player.

3) On your turn, play one card to attack and then take another card from the deck.

4) If a card is eliminated, flip it over, but keep it in front of the player.

5) Continue until only one player remains.

Blocking:
Use the same numbered card attacking you to block. Discard both the attack and block cards.
You can also remove numbered cards from your Jacks, Queens, Kings and Jokers later, but it counts as your turn.
*On your turn, play an attack card first before replenishing your hand back to 4 cards.

Reviving:
Use a 10 to revive an eliminated Jack, Queen, King or Joker back into the game.